What is TTouch?
TTouch is a method of working with animals that was developed by animal expert Linda Tellington-Jones  as a result of her experience as a Feldenkrais practitioner. As an experienced horsewoman she realized that some of the Feldenkrais rehabilitation exercises linking body and mind that were used with people could be used to help animals as well. She found that an animal’s posture influences its behavior and that physical, mental, and emotional balance are inextricably linked. 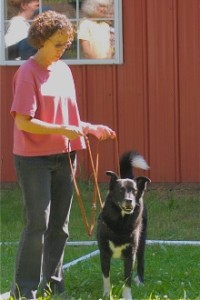 TTouch is a holistic approach, which includes the following:

Listen to a podcast, brought to you by the Professional Pet Guild, with Lori Stevens (starts at 21:10) about Tellington TTouch Training.

Read my article on TTouch bodywork called ‘Getting in Touch With Your Dog” on the Karen Pryor Clicker Training web site.

The combination of TTouch movement exercises and bodywork improves concentration, coordination, behavior, and athletic ability in many animals. TTouch is used widely around the world by trainers, pet owners, and veterinarians. 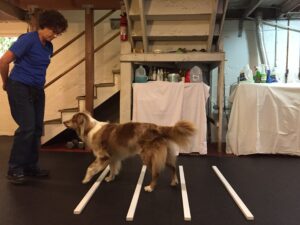